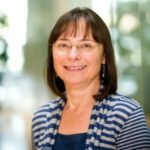 “The opportunity to spend time thinking and talking science with such an outstanding group of cancer researchers allowed me to explore new areas and opportunities, and focus on the direction of my own research, without the interruptions and distractions of my job as Institute Director in Glasgow.  I learnt about new methodologies, acquired new protocols and reagents and established new collaborations. I spent many hours talking to young scientists – postdocs and students – and hopefully may have offered them some helpful suggestions for some of their projects. … This visit will have a profound and positive impact on my research in the future, reflecting not only the discussion, knowledge and reagents acquired but also the establishment and strengthening of relationships with new and old friends and colleagues.”  (Karen Vousden, VVP 2016)

Christopher Dobson (John Humphrey Plummer Professor of Chemical and Structural Biology, University of Cambridge) was hosted by his former student, Fabrizio Chiti, at the University of Florence where they worked together to write a review article following up on their successful “Protein misfolding, functional amyloid, and human disease” article published in the Annual Reviews of Biochemistry in 2006. 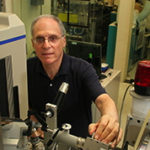 “The LMB is considered by many as the home of structural biology, with about a dozen Nobel prizes to its credit, and also a leading center of neurobiology.  Thus it was a perfect match to my current interest – the structural basis of neurodegeneration and related amyloid diseases.”  (David Eisenberg, VVP 2016)

Elaine Fuchs (Rebecca Lancefield Professor in Mammalian Cell Biology and Development at The Rockefeller University: HHMI Investigator) went to the Institute for Research in Biomedicine in Barcelona.

The experience “was exceptional and provided me with the wonderful opportunity to strengthen existing interactions with colleagues at the IRB in Barcelona and the CNIO in Madrid [and] to forge many new interactions and discussions with faculty, postdocs and students at these institutions.” (Elaine Fuchs, VVP 2016) 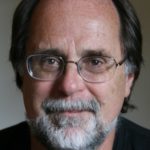 (Emeritus Professor, Institute of Biochemistry, ETH Zurich) chose to divide his VVP sabbatical between two research institutions.  He spent the first two weeks of April on the Mission Bay campus of the University of California San Francisco in the laboratory of Jonathan Weissman, an expert in the analysis of molecular mechanisms underlying folding and quality control, protein expression, and membrane biology. 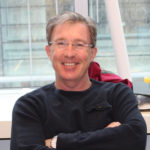 Tyler Jacks (Director, Koch Institute for Integrative Cancer Research, MIT) spent his VVP sabbatical in Tel Aviv at the Weizmann Institute of Science last winter and said that the experience was “transformational,” both for him and for his family.

For her first sabbatical in 25 years, Carol Robinson (Royal Society Research Professor at the University of Oxford) spent September 2016 at the Rockefeller University, hosted by Barry Chait in the Laboratory of Mass Spectrometry and Gaseous Ion Chemistry.

“Without doubt this was one of the most stimulating months of my career, one in which I was free to think of my new directions without the distraction of the day-to-day management of the laboratory.  I was able to work on manuscripts and to formulate new research proposals.  As such I found this month to be completely stimulating and productive with many new collaborations established and novel ideas arising.  I am excited to return to my lab at Oxford to implement these new research directions.” (Dame Carol Robinson, VVP 2016)

“My Vallee Foundation-sponsored sabbatical at Genentech has been a truly amazing experience, scientifically, intellectually and personally.  I cannot thank enough the Vallee Foundation for making this possible for me.” (Andreas Strasser, VVP 2016)

Peter Walter (Distinguished Professor, University of California, San Francisco, HHMI Investigator) spent a month in Germany, where he spent the majority of his time at the ZMBH, Heidelberg, and the Max-Planck Institut fur Membranstruktur in Frankfurt. 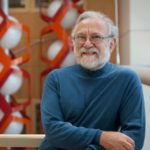 “The special situation of having free time to roam, both literally and mentally, was refreshing and stimulating.” (Peter Walter, VVP 2016)