Naama Barkai (Weizmann Institute of Science) had three hosts in Boston during the summer: Andrew Murray at Harvard’s Center for Systems Biology in Cambridge, Aviv Regev at the Broad Institute, and Marc Kirschner in System Biology at HMS.

“I didn’t make specific plans connected to any specific project in the lab. My goal was to discuss and interact with people as much as possible. I wanted to absorb and have some time to think things through outside the usual day-to-day work and commitments.” (Naama Barkai, VVP 2013)

Sir Philip Cohen (University of Dundee) walked all over Boston and Cambridge during his VVP sabbatical, the first sabbatical leave of his career. He was hosted by Wade Harper and Nathanael Gray at HMS.

“During my four weeks in Boston I had interesting, wide-ranging and productive discussions of about an hour’s duration with 43 members of the Faculty of Harvard Medical School , MIT and MGH. Several new scientific collaborations were forged with immunologists at Harvard, and reagents generated in my laboratory have already been shipped to several other members of the Harvard Faculty to test hypotheses that emerged from our discussions.”  (Sir Philip Cohen, VVP 2013)

Arnold Levine (Institute for Advanced Study) went to the Salk Institute where he was hosted by Inder Verma. 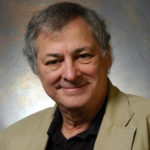 “The Salk Institute was a terrific place to have a sabbatical for four weeks. It has great breadth in science, it is an active and interesting environment, is in a beautiful setting and has a great history. … This excellent concept of providing the resources to spend a month at another Institution is scientifically invigorating, renews friendships and creates a path for new learning.”  (Arnold Levine, VVP 2013)

Walter Gehring (University of Basel) spent four weeks at the Karolinska Institutet where he worked with Rudolf Rigler and Lars Terenius.