Ron Vale (University of California, San Francisco) spent a month at the Curie Institute in Paris, hosted by Genevieve Almouzni.

“I chose the Curie Institut in Paris because of their excellence in the field of cell biology and because I will be joining their scientific advisory board starting in November 2014. … With regard to informal discussions, I spent a great deal of time talking to faculty, postdocs and students one-on-one. I spoke with essentially all of the junior faculty in the basic sciences, each for an hour or more. I also organized a dinner with ten junior faculty with the purpose of having an extensive and informal conversation on the challenges of setting up a laboratory and tenure process.” (Ron Vale, VVP 2014)

David Holowka and Barbara Baird (Cornell University) divided their month between the Maxfield Lab at Weill Cornell Medical College and the Wu Lab at the National University of Singapore). 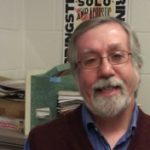 “To gain basic knowledge and learn about advanced techniques we chose to travel to the Mechanobiology Institute at the National University of Singapore.” (David Holowka and Barbara Baird, VVPs 2014)

Kai Simons (Max Planck Institute for Molecular Cell Biology and Genetics) got a glimpse of what is going on in his area of research – cell membranes, membrane trafficking and the role of lipids in membrane function – by dividing his time between the Mellman lab at Genentech, the Walter Lab at UCSF, and the Kirchhausen lab at HMS.

“Altogether, my Vallee Visiting Professorship was an exciting experience and gave me a lot of impulses for my research and for future collaborations. After having been in the shadows, lipids are moving center stage again. At least this is my optimistic interpretation of my encounters, and discussions during my stay.” (Kai Simons, VVP 2014